Where Will She Sit on the Shelf?

I’ve sat in on enough writing sessions facilitated by writers, agents, editors and other workers in the publishing industry to know that if my book doesn’t conform to market standards, good luck on getting it published.

Today’s post is on meeting that challenge and moving forward.

Maybe a Story Really Does Tell Itself

My original intention when I began telling my mermaid story was for it to be a romance. A beautiful fishlike young woman washes ashore where a beautiful young man discovers her and along the way love arrives.

My mermaid remains a young female but her story focuses on her journey toward the realization of who she is and where she belongs in the ocean world.

A young man is a part of her narrative, along with issues of ocean pollution and extinction and motherhood and love.

My novel is complete. But what kind of novel is it?

All of the above?

None of the above?

I can’t imagine anything worse than a story being refused because the marketing department has no idea how to advertise it and the bookstores have no idea where to shelve it.

I expressed my dilemma with book editor, Rebecca Heyman. Her response was a recommendation to read three novels. One is Night Circus by Erin Morgenstern. 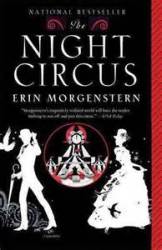 No spoilers here: In Night Circus, two old competitive peers, artists in magic and illusion, pit their apprentices against each other for an eventual showdown.

The story itself is magic. It enchanted me with its vivid details, compelling storytelling and mystical tone.

The structure of the story is also as unique as the tale itself.

Have readers found this strange, unusual novel in their bookstores, real or digitalized?

My focus now isn’t on whether or not there’s a specific shelf for my mermaid novel but on how compelling and memorable my story is for the audience who will read it one day.