Part of the Journey: Critique Groups 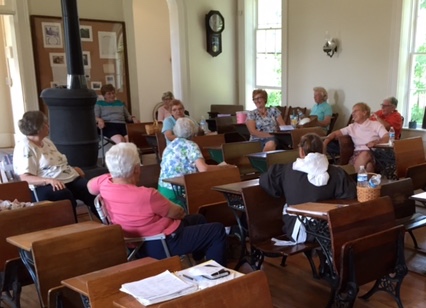 Writing friends are a good beginning.

Over the years I’ve risen through the ranks of writing critique groups.

I started out with four of us good writing friends, all about the same level of experience. We had a few publishing credits to our name but were working our way toward being recognized as experienced writers rather than amateurs.

When circumstances–mostly distance because we each traveled at least 30-40 miles to meet–led to my first group breaking up, I went on to a public writing critique group that met in a community center twice a month. A lot of unpredictability.  How many would show up, whether it’d be the same or new faces. Few were experienced writers, others were trying to get back into it after a long time away, and most were putting their first words together.

The rule was to bring five copies and read yours aloud. It worked to have strangers react to my writings in comments both verbal and written. I attended for over a year but after a particular meeting, I realized I took home one less copy of my short story than I had shared. Soon after I left the group.

Two former students, maturing writers and unpublished, asked me to join them once a week at a fast-food restaurant. We three read our pieces aloud and gave general, good, okay, needs work feedback. The highlight of the meeting for me came at the end when we each wrote an impromptu story prompt and popped it into a hat. The rule was to pull one out and have something done by the following week.

I learned it took me 15 to 20 hours a week to write a short story from rough idea to final draft.

My portfolio of stories grew and grew. Some were unfinished but the good seeds were there to explore further some day. About a year later the group broke up.

It became more about my needs.

My writing group timeline so far was about six years.

When I didn’t have a group, I evaluated where I was with my writing. What skills had I gained? What skills needed strengthening? What part of the writing process was barely known to me?

Only as good as the best person in the group.

Critique groups are a collaborative effort. Members offer their tastes in stories, their experiences in writing, their knowledge of editing to every piece they read.

If the most skilled person in the group has never published a story, how will I advance toward my goal to be published? What if the group has members who don’t like to read? Who rarely bring writing to share? Who don’t show up?

Sticking my neck out.

A blog subject for another time, but I tend to be shy to talk in groups of strangers, so I am at a loss at conventions, for example, to share my writing life. But I am not shy to read my work aloud.

At a science fiction/fantasy writers’ convention, I signed up for open mic. I had ten minutes to read a full story. I didn’t win. The judges’ comments were fitting. The success came afterwards when a member of a vetted, professional writing critique group asked me to join.

Being asked to become a member of this professional group was the easiest aspect of it.

I went online to read the requirements to be considered: submit a full chapter or full short story. Members critique the work among themselves and vote. The majority of yes or no dictates whether you are in or out.

The members are experienced at publishing and writing. Five members can submit their work a week ahead in Dropbox, where each attending member is expected to make a copy of the submission, read and edit it. At the monthly gathering, going around the circle, we each take five minutes to verbally share our responses. The writer sits quietly, taking notes, and has five minutes at the end for any comments.

Once home, the submitted writer downloads copies of his or her story and the accompanying critiques from each member.

In addition to writing comments, members share possible sites, e-magazines and contests, of where a member’s story may fit for submissions.

I can resubmit an older work for a second round of critiques.

This group shares my preferred genre of fantasy and science fiction. They’re widely read and are professional writers who recognize the conventions of many genres.

A writing critique group is an excellent tool. Much like the writing process itself, the writing group must mature with the writer and meet the needs of where she or he is on the journey.

“Read, read, read. Read everything–trash, classics, good and bad, and see how they do it. Just like a carpenter who works as an apprentice and studies the master. Read! You’ll absorb it. Then write. If it’s good, you’ll find out. If it’s not, throw it out the window.”  ~William Faulkner

*All images are my own unless noted.